lt was a full day of events: a 5K run, a bicycle race around the lake, country music singer Ted Stockton, and, of course, the highly anticipated main event – Lake Viking Marine Annual Cardboard Boat Race. Over the years, this event has become a Lake Viking Classic but not without a tremendous amount of work by Randy Tague and his staff as well as the incomparable ingenuity and originality displayed by the cardboard boat builders.

The cardboard boat races featured 4 heats: Pee Wee, Junior, adults, and the final championship pitting the winners of the previous heats. The exciting 12 and under heat was won by Casey Berry in Shark Bait. The 13- 17 heat was won by Weston Edwards and Maggie Morris in the Great White Shark, and the Adult Heat was won by Anthony Dirks and Family in Melon Cruiser. Finally, in the Championship Heat, The Great White Shark won handily for the coveted trophy. Additional prizes went to the Hepinstall family with Minions for the Spirit Award.

The Lake Viking Marine Cardboard Boat races are always good for plenty of laughs – unfortunately often at the expense of the contestants. There’s an art to making a cardboard boat that will stand up under the rigors of racing through the water while bearing a load of passengers. Sinkings are common; often in the early stages of the races. This year, however, the Twist family in Senor Two made it all the way to the finish line as the rear of their boat was definitely sinking. Their performance won the “Titanic Award.”

In the preliminary morning events, Jeff Miller won the Men’s Bicycle while Max Krueger won the Men’s 5K. Would you believe? Tara Krueger won both the Women’s 5K and Women’s Bicycle. It looks like there are definitely some athletes in the Krueger Family, which brings up another topic. To me, one of the most rewarding aspects of the cardboard boat race is to witness the family involvement. The Hepinstall family has had an entry in this great event every year, while the champion, the Great White Shark was aptly named because the rowers, cousins Weston Edwards and Maggie Morris, are grandchildren of Ed and Janet White.

Meanwhile the Kruegers dominated the running and bicycle events while their younger brothers had an entry in the Pee Wee division of the boat race. (See the picture titled “perseverance”). As I recall, the Whites were winners in the Lake Viking Fourth of July Boat Parade a few years ago, while both families, the Whites and Kruegers , were also active in the spectacular “Water Sports” event from last year’s memorable Fiftieth Anniversary Celebration. A lot of great family memories being made at Lake Viking!

The final positive take from this event was the $1,775 raised for the Wounded Warrior Project. What a great day this was – all the way around. Congratulations to the staff of Lake Viking Marine and all of the event’s participants for a job well done. 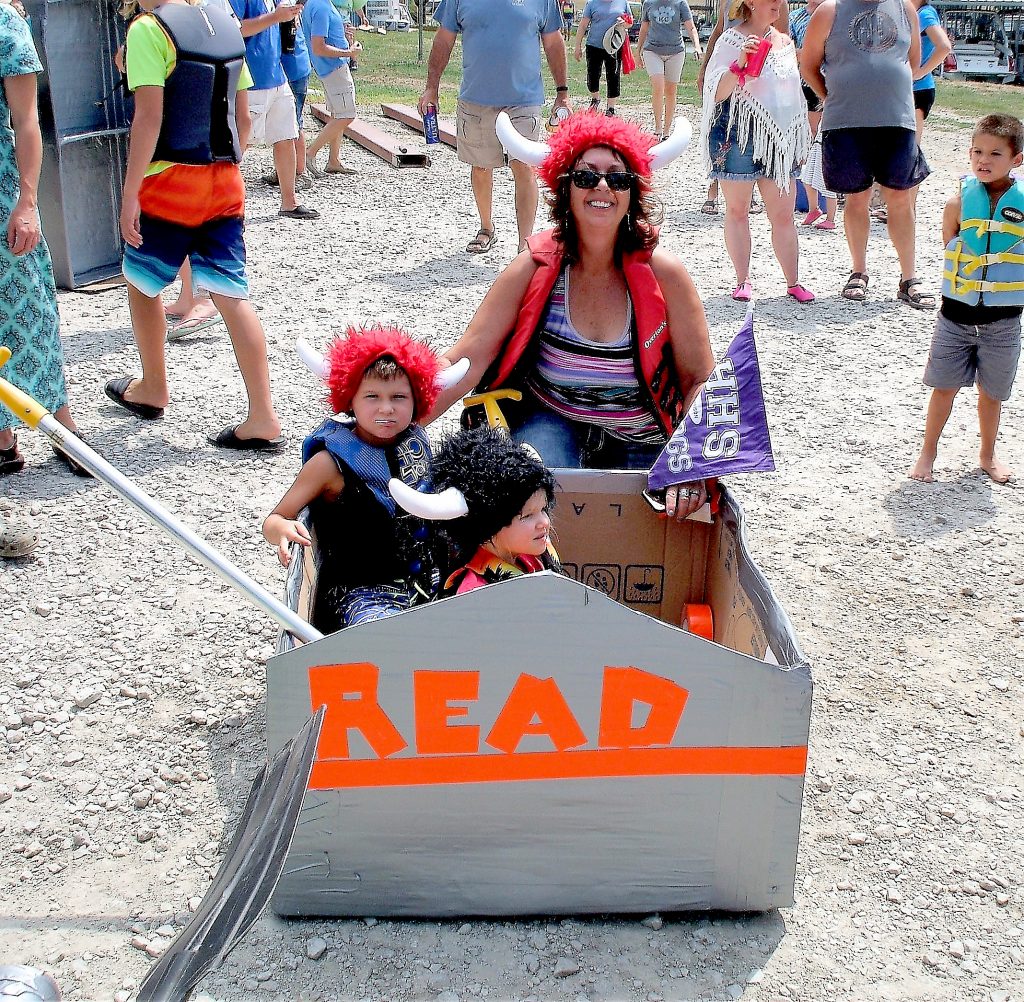 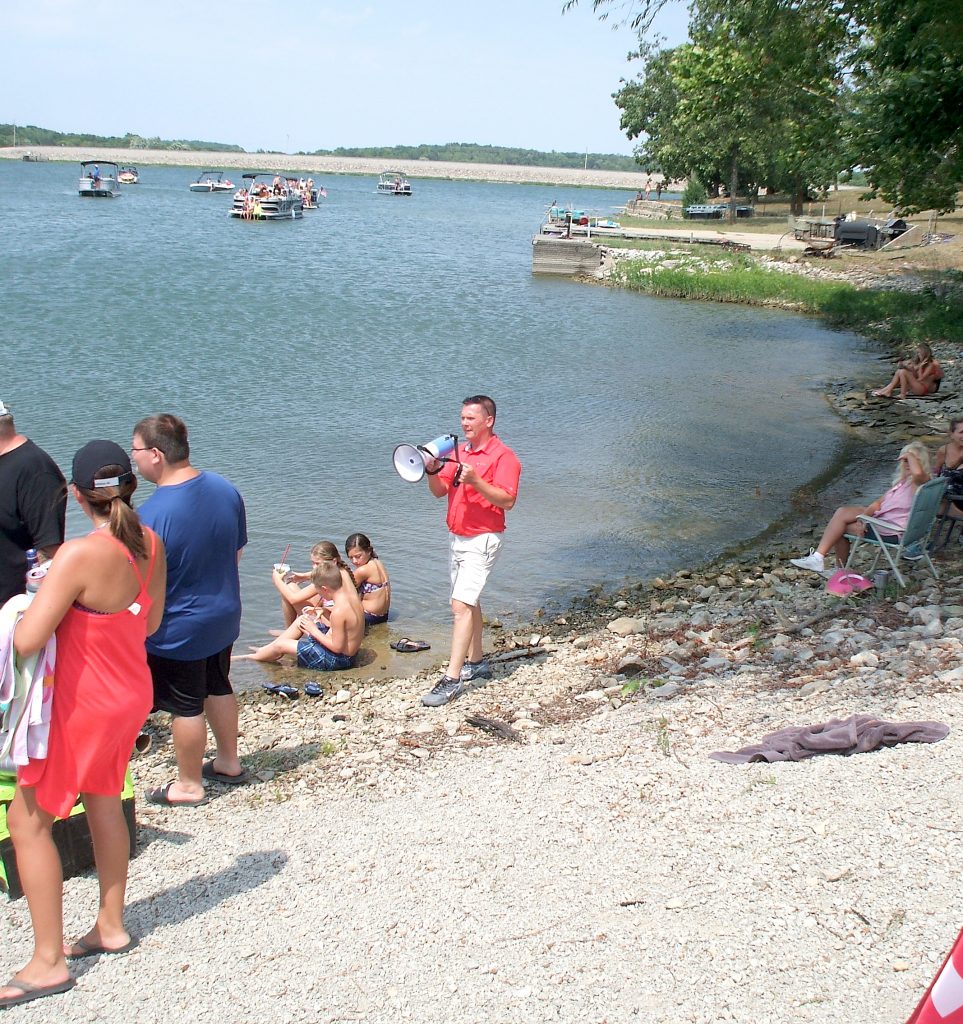 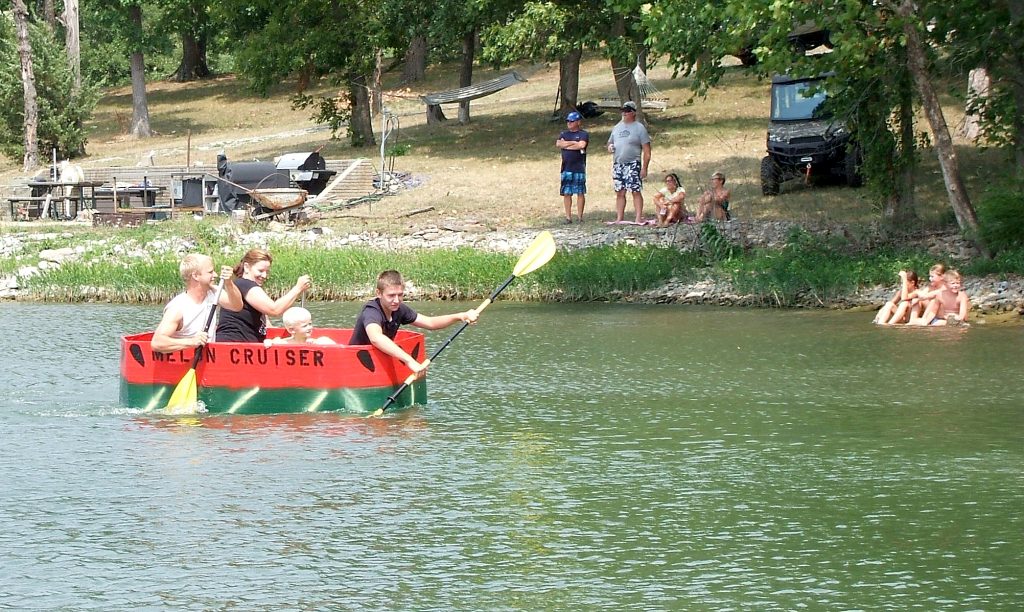 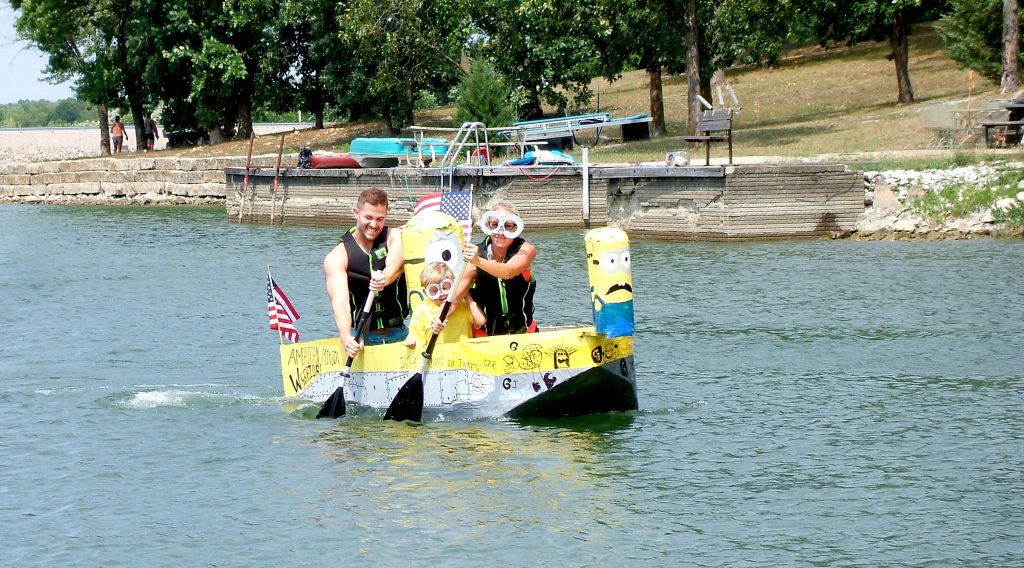 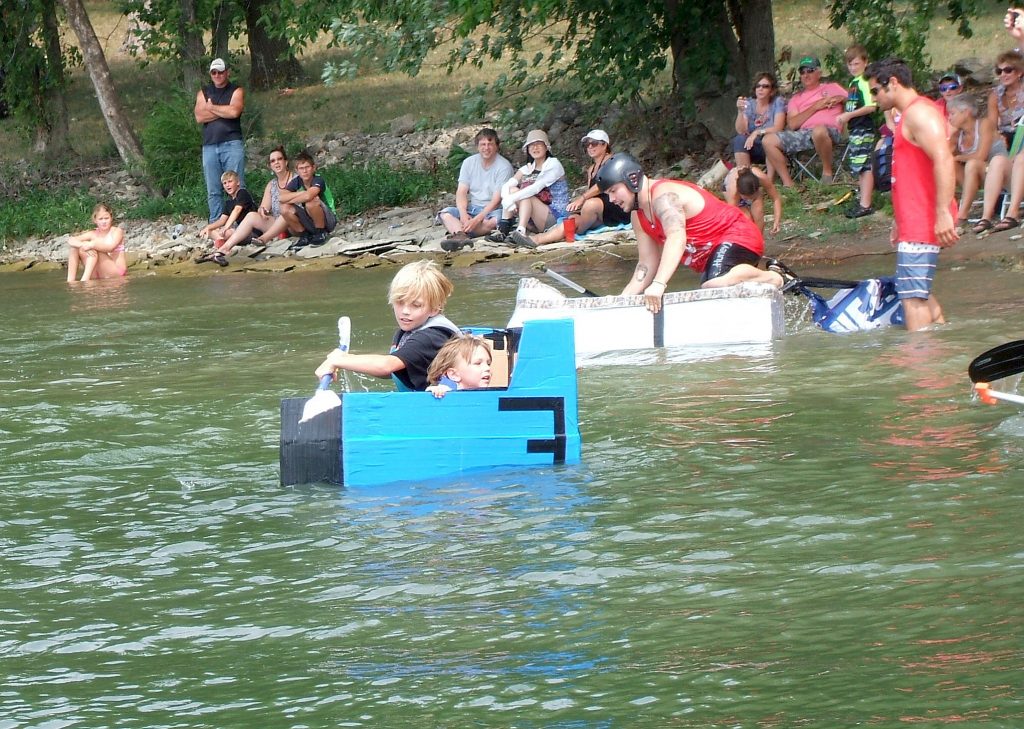 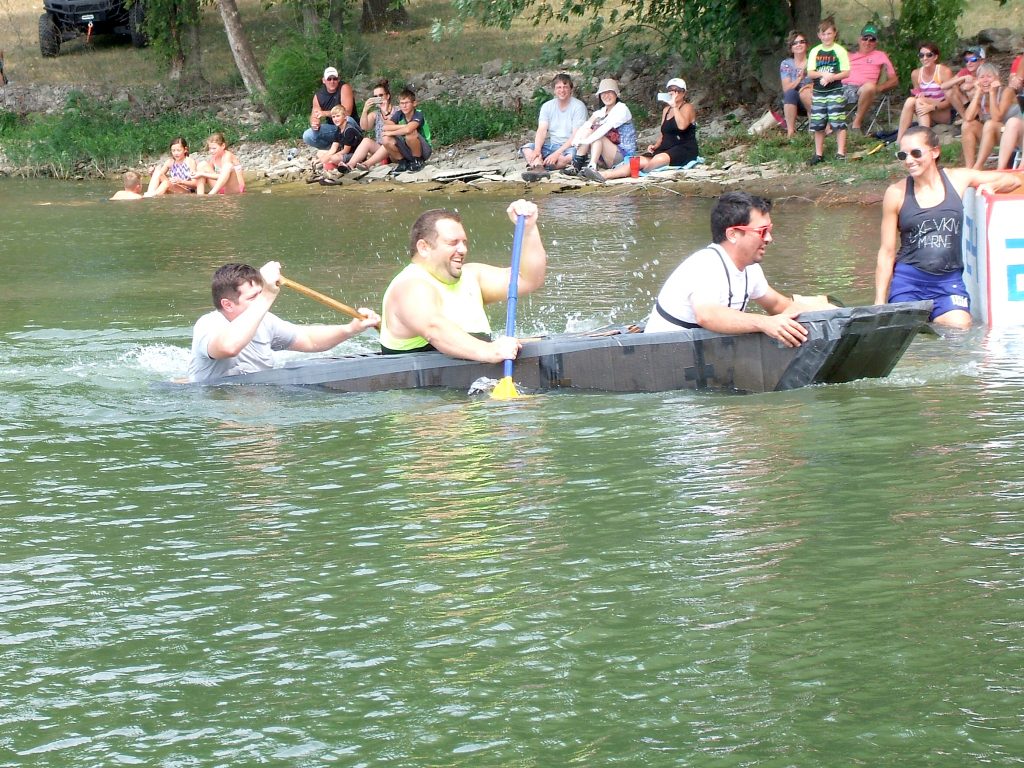