Aftermath of the ‘Famous Snow’ 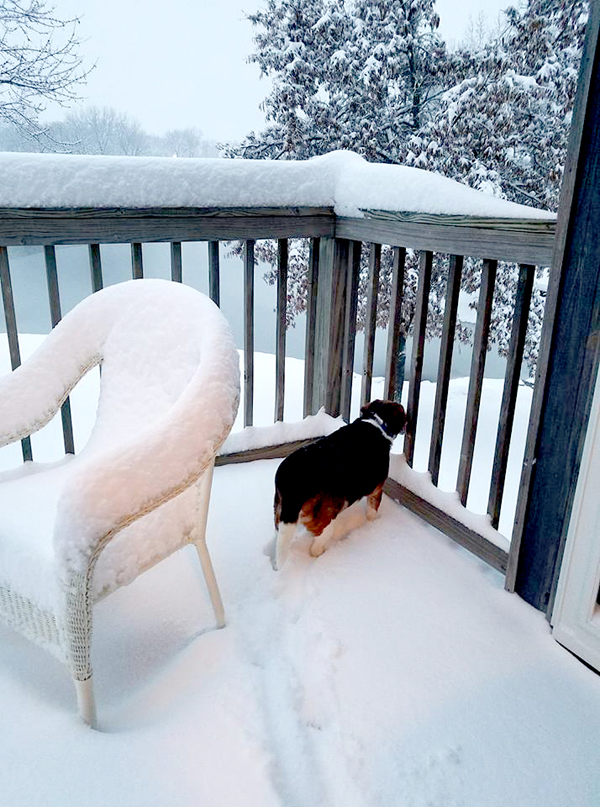 In this photo, Kyle and Sherry Parkhurst’s dog, Jakey, is checking out all of the snow on the deck. The snow of January 12-13 will probably be remembered for more than one reason. Granted, it was the biggest snow Lake Viking has received for a number of years – part of winter storm Gia – and also documented by the telecast of the Chiefs football game that was seen by millions. And that part WAS a very positive thing. Chiefs fans certainly don’t need to be reminded of all the times that the Indianapolis Colts have ended our season. They’ve been doing it to us for over 20 years – even before they had Peyton Manning – and it’s finally nice to have the monkey off our backs. As for the snow, which looked to be about 10 inches, Shirley and I missed it completely. We were in Florida, but we followed it on the TV Weather Channel and even in that great Chiefs game.