Maybe it’s the Viking mojo – all things Viking are good, right? Because, it seems we are hearing more and more good things about Viking River Cruises. Especially from Lake Viking Association members. These cruises go everywhere in Europe, at least where there’s a major river involved. Recently, Debbie Hower and friends, including association member Karen Reardon, took “a Viking Voyage” up the scenic and picturesque Rhone River in France. The group started their trip off with an extra three-day stay in the glamorous and glitzy French Riviera – Monte Carlo, Nice, and Monaco. Then they began their Viking Voyage up the river, from Avignon to Lyon in the Provance region of France.

Debbie thought the Rhone seemed comparable, in width, to the Missouri River; the boat traveled upriver during the night and the passengers disembarked for day trips on shore. Their forays included featured ancient buildings and sidewalk cafes with incomparable French food, including wines, those big loaves of freshly baked bread, and even truffles. There were many historic cathedrals in the area, most notably the Papal Palace in Avignon. The Papacy was actually headquartered here during an unstable period of strife and violence in Rome in the fourteenth century. The cathedral/fortress is considered as one of the most important medieval Gothic constructions remaining in Europe.

Also included on the tour were glimpses at some magnificent 2,000-year-old Roman ruins that are still standing in the area. The Roman ruins and some of the cathedrals were built from sturdy limestone rock quarried in the region, and Debbie remarked that the old quarries were an impressive sight. Over the centuries, some of the sculptors had used the quarry walls to practice their art and much of the work was still intact.

Judging from the accompanying pictures, from Debbie’s Facebook posts, it looks like this Viking River Cruise, in France, is a definite thumbs up.

Among scenes from the Provance region of France is the Pond du Gard, a Roman Aqueduct Bridge built by quarried hand-cut stone fitted and stacked. No mortar used in this magnificent 2,000 year-old structure 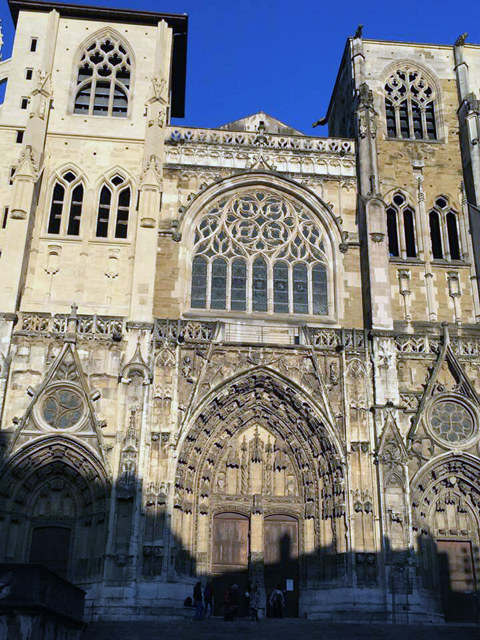 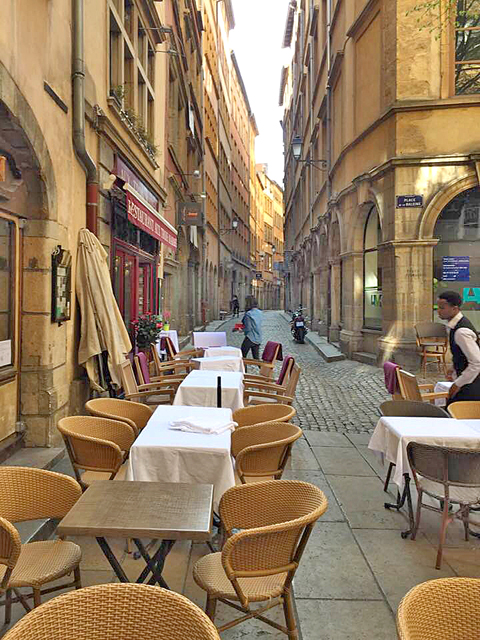