If it seems to you like this article is making a big deal out of an auction – you’re right. You can’t argue with tradition.

And over the years, the Mary Immaculate Catholic Church auction, held at Lake Viking, has become a very big deal. So big that, because of its magnitude, the event became semi-annual due to the extraordinary amount of exhaustive volunteer work involved. Example: Arranging for food and drink for over 400 people; collecting the hundreds of donated items and numbering and displaying them (that’s where the big tent comes in.)

In 2017 over $50,000 was raised. But even as organizers are still counting proceeds, this year’s total revenue could exceed $65,000 — a 30% increase over the record setting total of two years ago.
The list of donated items for both the silent and live auction is quite impressive. Would you believe a bottle of rare aged sippin’ bourbon? Or how about four tickets for Diamond Club seating at a Kansas City Royals game? Motor scooters, a Good One smoker, tickets to a USC Notre Dame football game in South Bend, slabs of smoked ribs, two puppies – a poodle and a chocolate lab – and so much more. The generosity is impressive.

For all of the cool items available at the silent auction, the highlight of the evening is definitely the live auction. That’s when auctioneer Mark Leggett takes over and works his magic. Anyone who has not seen Mark Leggett in his role as auctioneer is missing the spectacle of a lifetime.

After many years of practice, he has honed and refined his skills into a style that has become legendary. Mark goes above and beyond the duties of a normal auctioneer. He screams, he sweats, he cajoles, challenges, incites, cracks jokes, and the money just keeps rolling in. At this year’s auction, the two items that brought in the highest dollar amounts were a week at the Zephyr Mountain Lodge in Winter Park and a Patrick Mahomes autographed Chiefs jersey at $2,700 each!

As I said, the generosity displayed in both the donated items and the spirited bidding is impressive. The smoked ribs provided by grill master Joe Serrone, the rare aged bourbon, and, of course, the puppies brought in big bucks as did many other items too numerous to mention.

One indicator of the improvement of the 2019 version was a single phase of the auction called “Fund-a-Need” where any and all bids from the floor will go directly to the Backpack Buddy program. In 2017 over $13,000 was raised for that category. This year the amount was $21,000. The rest of the funds raised by the Mary Immaculate auction will go toward needed physical improvements to the church property. This year the donated money will be spent on a prayer garden and efforts to make the church more handicapped accessible.

The theme of this year’s auction was Hawaiian Luau, and the expert job of decorating reflected that theme. Several people were wearing grass skirts . . . including the auctioneer, but the most impressive feature of the evening was the overwhelming degree of generosity displayed by both the donors of auction items and the bidders. The event was a resounding success. 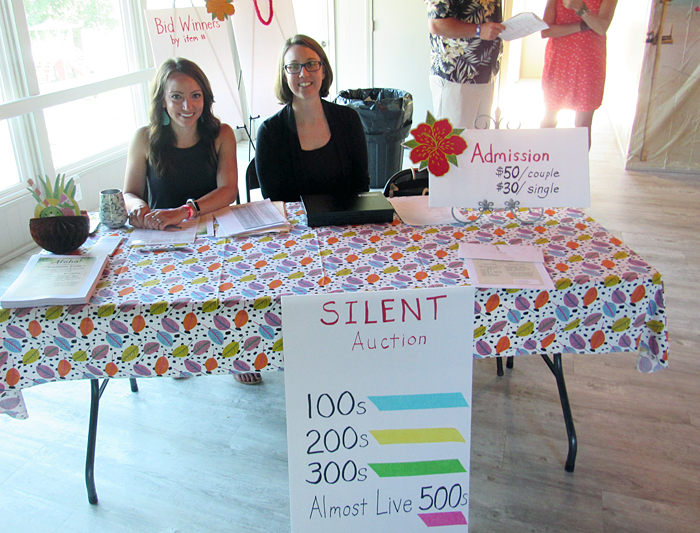 The adventure begins at the sign-in table

Everyone, from the large crowd of 400 was assigned a table & a number for bidding

With the Hawaiian Luau theme, grass skirts were the fashion statement 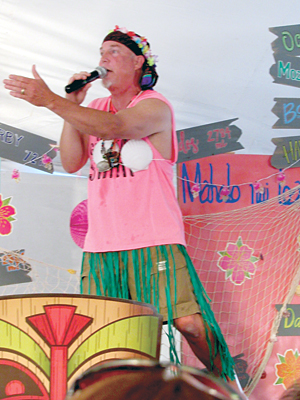 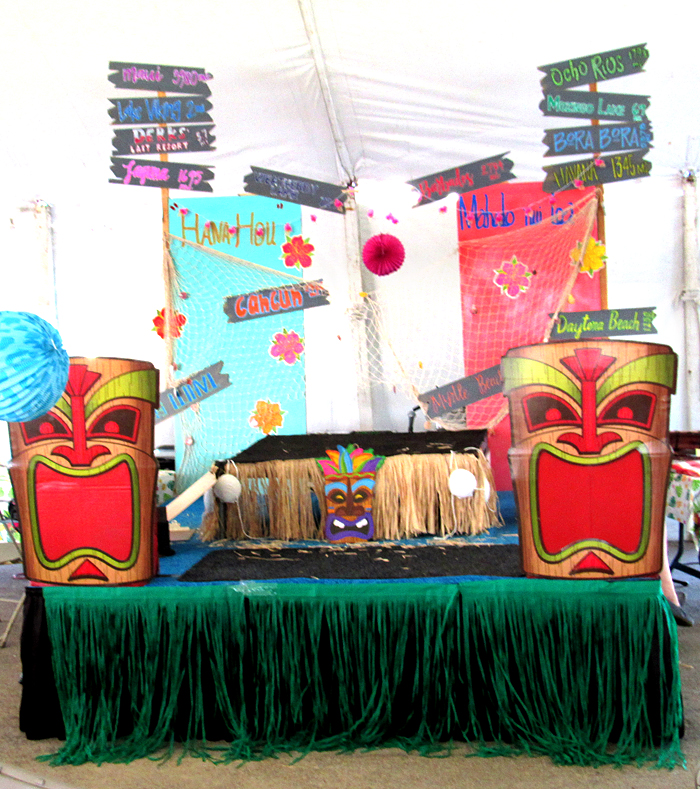 As usual the decorations were top-notch

Jodie, Jana & Randy are checking out the silent auction 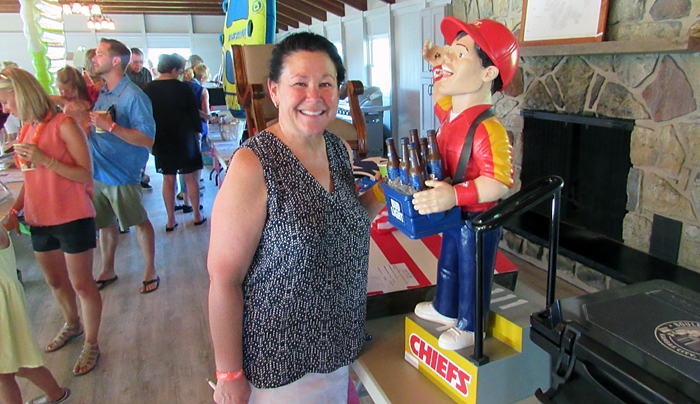 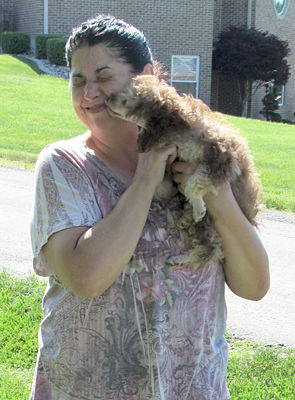