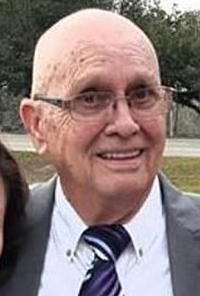 Bruce Everett Griffin Jr., 82, of Altamont, MO, passed away on Tuesday, Feb. 5, 2019. Bruce was born Dec. 2, 1936, in Corinth, Mississippi, to parents Bruce and Della Griffin. Following high school, Bruce joined the Army and served from 1956 to 1958. Following his time in the service, Bruce moved to Chicago and specialized as an electrical engineer at Autoquip Corporation, where he met and married Ethel L. Pearce in 1966.

Bruce and Ethel spent 29 years together before her death. Bruce was an avid lover of golf. When he wasn’t at the golf course, Bruce could be found drawing horses and John Wayne, and he had an affinity for Native American art. He specialized with chalk drawings and was an amazing artist. He also traveled extensively to places including Hawaii, Little Rock, Arkansas, Florida, and Alabama.

He is preceded in death by his wife and his son, Richard Allen Griffin.

Bruce is survived by his son, Robert and his wife Jayne Griffin of Maricopa, Arizona; his sister, Sandra South of Jasper, Alabama; his niece, Sheri Holt of Lake Mary, Florida; his nephew, Stephen South of Westmont, Illinois; his niece, Marie Burt of Morris, Illinois; his daughter-in-law, Teresa Salsbury; his sister-in law Mary & Walter Ratzkewitsch of Lombard, Illinois, and his special partner with whom he spent 22 years in life, Naomi Johnson of Altamont, Missouri.

A funeral service was conducted in Bruce’s honor on Saturday, Feb. 9, 2019, at Lake Viking Church, 18842 Otter Avenue, Gallatin, Missouri 64640. In lieu of flowers, the family suggests contributions in Bruce’s memory to be made to “House of Liberty for All Nations,” 20987 North John Wayne Parkway, Maricopa, Arizona 85139.